CNBC: “Millennials are leaving their desk jobs for the farm and Elon’s brother, Kimbal Musk, wants to help  1 Hour Ago | 01:22

Millennials are changing the face, and practices, of farming.

According to the USDA’s most recent census of farmers from 2012, the number of principal farmers between the ages of 25 and 34 increased 2.2 percent from five years before.

In addition, a new survey by the National Young Farmer Coalition finds that millennial farmers are different from previous generations: they are more likely to be college-educated, not come from farming families, use sustainable practices and produce organic food.

Among those recruiting millennial foodies into farming is Kimbal Musk, brother of tech billionaire Elon Musk. His project Square Roots is an accelerator incubating vertical farming startups inside a shipping container in Brooklyn.

Musk says millennials, who are driving the growth of organic food sales to record highs, are increasingly drawn to farming to make a difference in the way food is produced.

“If you look at just five years ago, farming was considered, you know, this is what your grandparents did. And over the past few years, there’s been this extraordinary demand and desire to be a farmer amongst the younger generation,” says Musk.

Chris Hay is a 34-year old farmer who made the switch from a desk job to a farm. Hay, who studied philosophy at U.C. Berkeley, worked at a food management group, but was unfulfilled.

“It didn’t jibe with a lot of the goals I had for myself professionally,” says Hay, who bussed tables at the legendary restaurant Chez Panisse during college. “I enjoyed working with food, and all those things kind of just meshed into why not try farming?”

Despite never working at a farm before (or having grown up on one), Hay quit his job and got a job at a farm on California’s Central Coast. That eventually led him to start Say Hay Farms.

Hay hopes his farm, which produces organic fruits and vegetables and uses sustainable practices, will have a broader impact.

“We’re out here to help move the ball forward. And it’s a whole system of change that needs to take place,” says Hay.

While the increase may appear incremental, some of the older age brackets saw double-digit decreases over the same time period.” 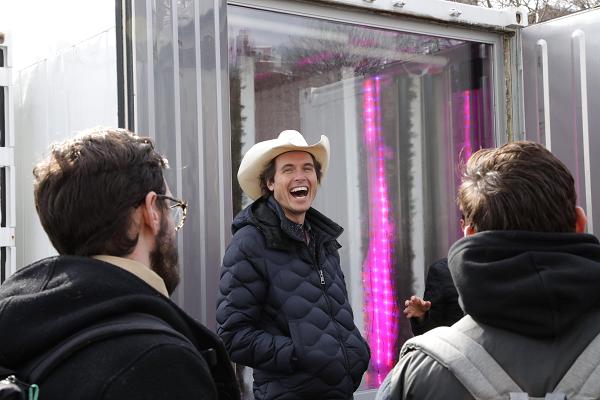